Anyone who watches the job market closely knows that the construction sector has been weak in this recovery, and is just starting to show an increase in numbers of employment. Unfortunately, there is another problem rearing its ugly head. 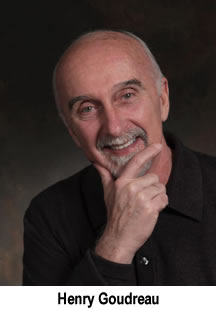 “Contractors have suffered deeply and carried the brunt of this recession of the last six years. In February, employment in construction changed little, just adding less than 15,000 jobs,” said business-building coach to contractors, Henry Goudreau. “However, this is merely the tip of the iceberg. There are two immense hurdles to overcome for contractors, other than finding and employing skilled craftsman,” says Goudreau. “The second killer is financing,” he warns.

While the Federal Reserve and U.S. Treasury rescued major banks amid the 2008 financial crisis to avert major financial chaos, the bailout didn’t help the small lenders. “Their disappearance, along with the lack of lending by the major banks, has left the contractor hanging out to dry.” explained Goudreau.

“There a two huge voids that contractors must find a way to fill,” said Goudreau. “Filling a demand for skilled craftsmen, and finding start-up funding. Both are going to hit the contractor on the side of the head, especially, if the economy picks up speed and momentum, and together, they will stifle any chance for the industry to get back on the right track out of this recession. With that said, contractors have to get their financial house in order so they can fund their work, and find skilled craftsmen. I can help them get a better handle on their business and build their financial ability, but I believe the labor level will have to be addressed at the local school or vocational tech level since so many have left the industry for greener pastures or retirement.”

Henry Goudreau is known as the most sought-after business-building coach, speaker, and author for contractors. He is famous for turning around problem plagued construction businesses, building profits, freeing up the owner’s time, and streamlining processes that build success, brand, and loyalty.

He offers tons of advice to contractors at his web site, and works with owners mastering and implementing his proven business model. This virtual road map for contractors helps them to build powerful niches and a true understanding of what it takes to be profitable.